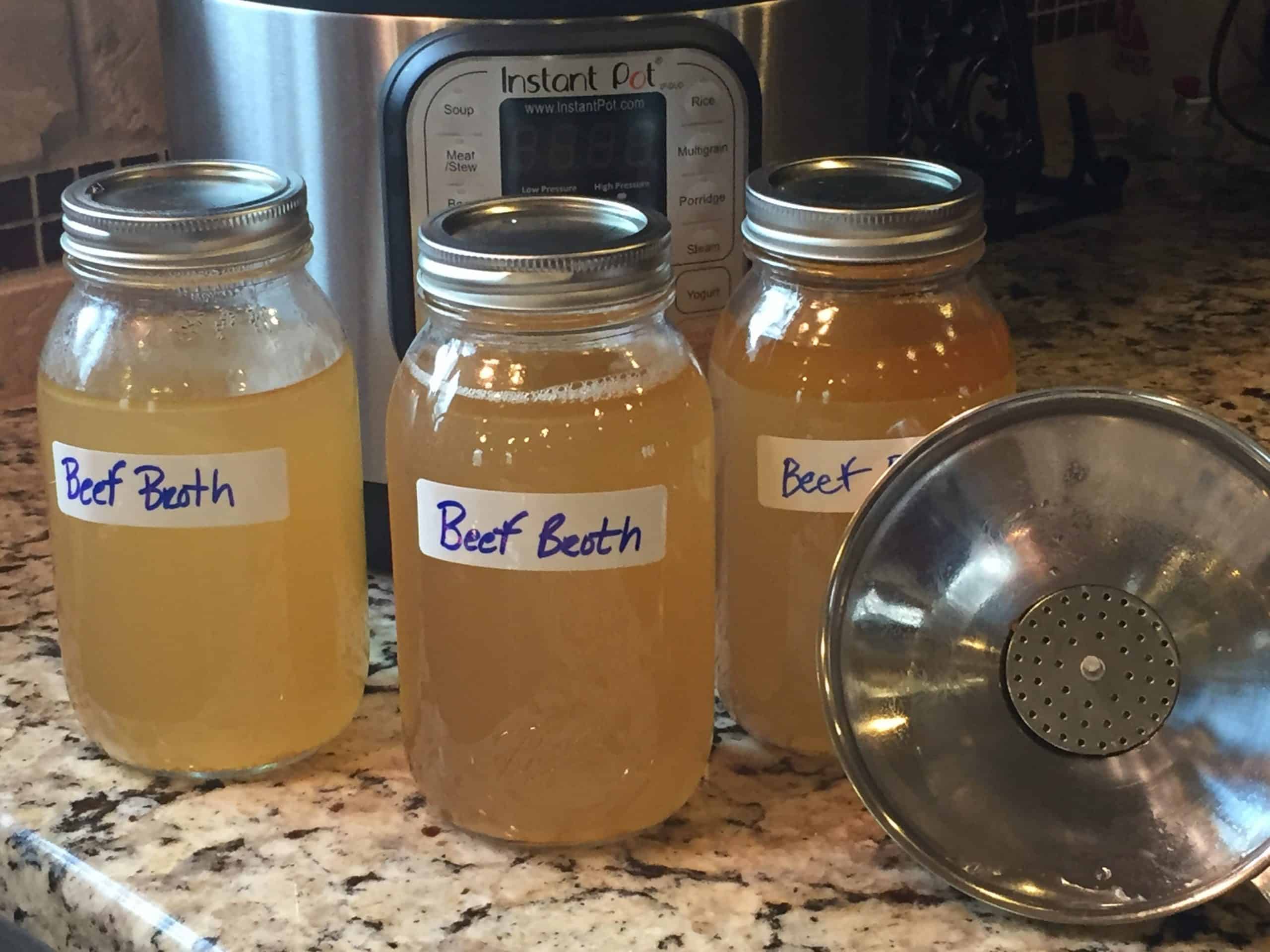 Bone Broth in the Instant Pot

Instant Pot was one of the best selling items this past Christmas and I am finding more and more uses for mine. If you don’t know what an Instant Pot is, it is the newfangled version of a pressure cooker. I have used mine to make a lot of broth and cooked beans for soup. I am trying a pork roast in the Instant Pot today, so that recipe will be coming. If you have an Instant Pot and it’s still in the box, don’t be afraid of it, the new Instant Pots are really safe and not like your grandmother’s pressure cooker. I have distinct memories of my grandmother’s pressure cooker rattling on the stove and worrying that it might blow, but I also remember the great food that came out of the pressure cooker! I purchased the 6 quart Instant Pot, but they are also available in a 3 quart and an 8 quart. This is the Instant Pot I bought here. You can store your broth in the fridge up to 5 days or freeze.  I like to freeze mine in one quart Mason Jars or these handy silicone molds.   I also love this funnel for pouring the broth into the quart jars, it has a small strainer in the bottom which you can remove.

Always save your bones from any meat you cook.  Once most of the meat has been removed, just throw the bones in a freezer bag and they are ready when you want to make broth.

I am a Nutritional Therapy Practitioner and I also have my Health Coach certification from the Institute of Integrative Nutrition. I have studied nutrition and wellness for 16 years and ...

Read more about this chef..

All information presented and written within restoringourhealth.com is intended for informational purposes only. You should not rely on this information as a substitute for, nor does it replace, professional medical advice, diagnosis, or treatment. If you have any concerns or questions about your health, you should always consult with a physician or other health-care professional.

My hope is that you will use this information to make positive changes to your nutrition and become an advocate for your own health care. Find doctors and health care professionals who will be on your team and value your opinions and questions.